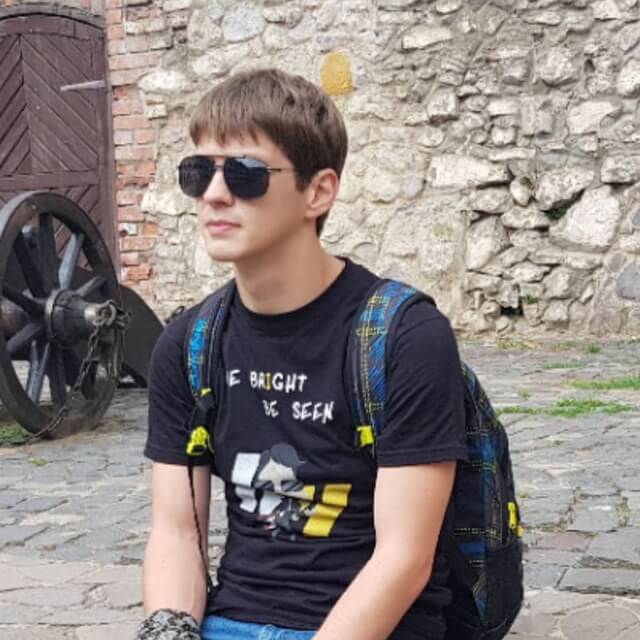 Recently I visited the annual KharkivJS – conference of JS developers, which was held in Kharkov on October 28-29. The conference is very popular, it is visited by a huge number of people and speakers not only from Ukraine, but also from near and far abroad. I was at this conference first time , so I want to share my opinion, not so much about the topic of the reports, as about the organization and my impressions.

Tickets for the conference cost about 850 UAH in the first days of sales and 2000 UAH immediately before the start of the conference. KharkivJS took place in the usual place for such events – Fabrica.space. This building is great for such events, because has a large number of rooms and the necessary equipment. After registration, we were usually given a packet with different stuff from the organizers and partners – in general, a standard set.

The whole conference was divided into several rooms (gray, blue, red stages). And here, as for me, there is a big drawback – three halls plus one workshop, so there was no opportunity to visit everything. The main hall was gray, it accommodates a large number of people, red and blue were much smaller, so those who did not have time to take a place had to stand by the walls. And there were really a lot of people. We did not get to the workshop, so we can not say anything about them. The reports were mostly quick enough, so you could ask questions, drink coffee and go to the next report.

At one o’clock in the afternoon there was a general lunch break. What was very surprising, the organizers were confused by lunch and everyone could enjoy fresh pilaf. The truth queues lined up pretty big. After dinner, we listened to another report and decided to go home.

The second day was much easier than the first, people became fewer times and the largest hall was filled by about a third. And on the topics of the second day is not so interesting, so we listened to two reports and decided that there will be enough reports for the weekend.

As at all conferences, the reports contained a few useful information, historical excursions and highly specialized topics, as well as a little bit about CSS and HTML. However, it seems to me that the conference is going for other reasons 🙂

Andriyan Anton
Categories
About us
The last posts
Search